There is no more fascinating idea than the idea of a fluid: something that, if it can be seen, cannot be held, because it slips through our fingers. Something that, even having some measurable mass, it does not have, on the other hand, a definite form.

Similarly, the idea of a fluid flow had been used in many occasions in the History of human thought as one of the main basis for the scientific knowledge construction, specially in the History of Electrical Engineering, which, in turn, was not a separate branch of Physics until the middle of the nineteenth century.

In fact, until that moment, the concepts of electricity, heat and light were so profoundly entangled that the Doctrine of Interchangeability of Forces was able to give birth to [what I consider] the greatest technological enterprise of that time: the laying of the first transatlantic cable for telegraphic communications between Europe and America, “The Great Atlantic Cable”.

If today the common-sense metaphor “it is in the clouds”, employed in reference to the Internet traffic, is far from reality – since the optical fiber “tentacles” which made Internet possible are quietly lying down in the ocean floor – for the same reason the submarine telegraphy [and hence the whole Electrical Engineering] had its beginning under the rough waters of the Atlantic, on the “Atlantic Plateau” – a relatively uniform region in north atlantic ocean floor – the least distance between Valentia bay, in Ireland, and Newfoundland, the far east of Canada: a saga that occurred between the years of 1855-1866.

The laying of the Great Atlantic Cable was a result of an intense collaboration of scientists, hobbyists and “venture”1 capitalists which glimpsed in electricity, and specially in electrical telegraphy, a threshold of a new era of prosperity and achievements. In fact, the great technical problem of laying down such massive structure in the ocean did not had any precedents. The first solution came from a single analogy: a relation between electricity and heat, or an analogy for the flow of electricity as if it was flow of heat along the great cable.2 The first Theory of the Electrical Telegraph was the beginning of a great mark in that century and a remarkable achievement for Engineering, and it was proposed by a young Physics professor called William Thomson.

Thomson reformulated the mathematics related to the concept of action at a distance for a force, a Newtonian concept, transforming it in a mathematics of a field. That made the pathway to the emergence of the Field Theory for the Electromagnetism led by Michael Faraday and James Clerk Maxwell. 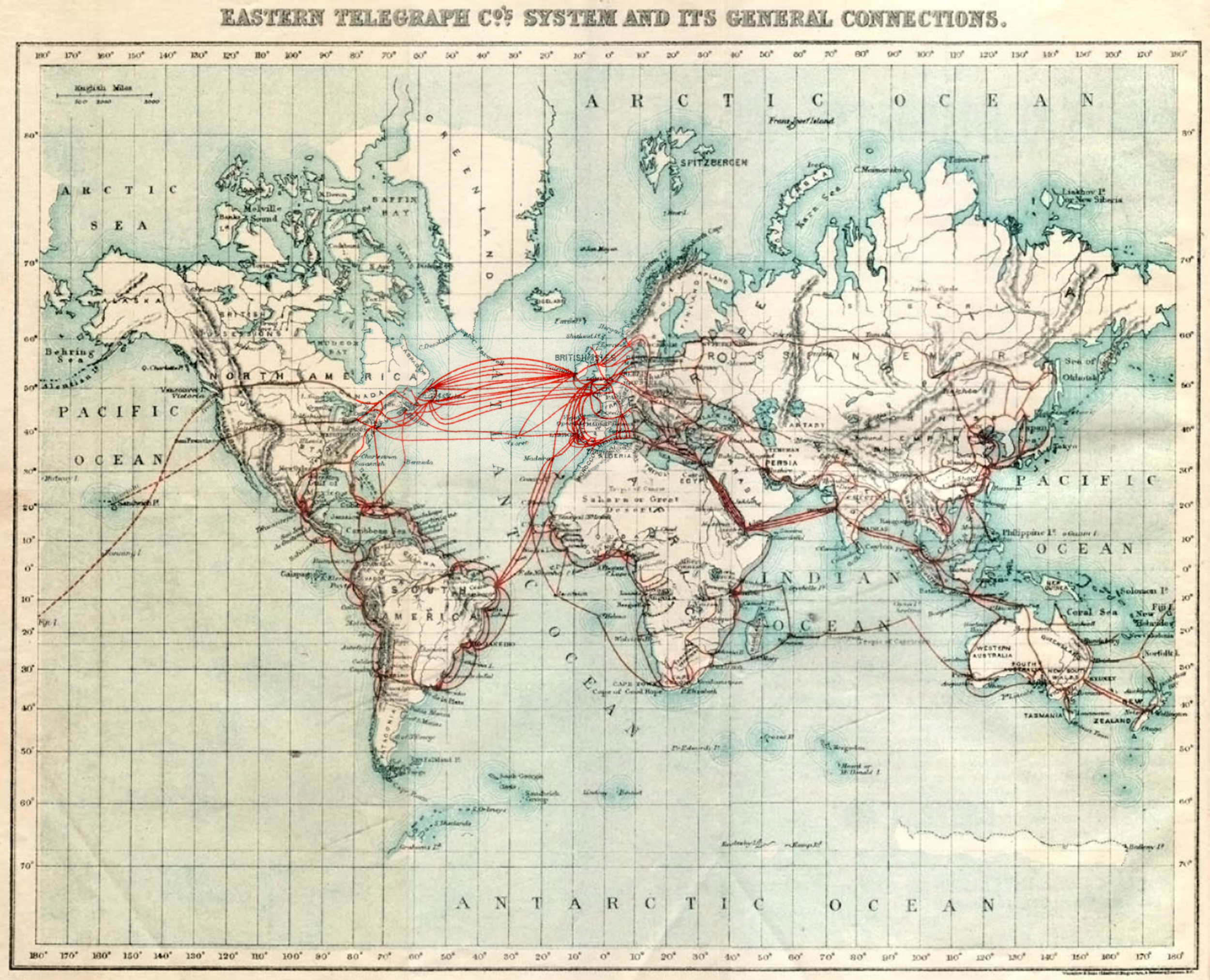